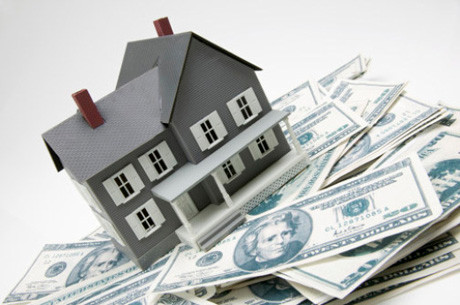 It was late March when I first noticed something was going on.

I had a listing in Bent Creek – a renovated, turn-key, all-brick home with new carpet, new granite counters in the kitchen, fresh paint throughout, and fresh landscaping. List price was $379,900.

This was going to be a slam dunk. Except it was not.

We had around 20 showings the first weekend. No offers. I was stunned. I spoke with several buyers and some said it was just above what they could afford… others said it was in great condition but lacked some of the frills they were seeking. Several remarked on how expensive Nolensville was.

The house sat on the market for weeks and perplexed me like few other listings have. I kept on meeting buyers who kept on saying similar things – mainly that Nolensville was too expensive and they were going to have to look elsewhere… like Spring Hill or Mount Juliet.

I looked around the marketplace and remember finding four or five other homes – several in Winterset Woods – that were almost a duplicate of what I had listed. Newly renovated, similar price, size and features, turn-key and ready for quick move in. All of them sitting.

Then April happened. You may have read my blog at the time. There was a 21% drop in year-over-year sales in Williamson County Nolensville. This was odd, but not quite unprecedented. I built this graph to illustrate monthly sales in Nolensville over the past 6 years. April is that funky month where sales tend to dip.

My theory is that people are heading out on spring break in March, so fewer offers get made and there aren’t as many sales the following month.

You look at May and June, though, and we see the beginning of peak real estate season that carries through September.

At the time, I thought we may be simply experiencing a deeper dip than we were accustomed to, and that sales would bounce back up the following month.

I was a little concerned, though, mainly because of what I saw happening in my own Bent Creek neighborhood. In April 2016, there were thirteen neighborhood closings. In April 2017… that number fell to three. A 77% year-over-year drop.

May 2017 didn’t get much better in Nolensville. I had a couple listings in Bent Creek that were slow-going. I asked around and heard similar stories from others. However, it wasn’t just a lack of offers being made that bothered me, it was lagging foot traffic that made the least sense.

This was the time of year when the market typically starts cranking. Elsewhere, there were plenty of signs the market still looked good. The Greater Nashville Association of Realtors reported great news in their May press release:

Nolensville (Williamson Co.), though… well, we had a 25% drop in year-over-year sales.

I was keeping my clients up to date on the marketplace – they were growing concerned. A lot of other people were too, as indicated by the number of price-reductions I began seeing.

I typed up a report on June 19th for one client in Bent Creek and noted the price reductions I had seen in the neighborhood over the past three months:

What you’ll notice there is contradictory to something reported elsewhere. In Nolensville, we were not facing an inventory problem. We were facing a pricing-problem. In my 2017 real estate predictions blog I wrote at the beginning of the year, I forecasted that a turn in the market was coming… it just began happening earlier than even I anticipated.

Surely the Nolensville market would rebound in June, right? The official numbers have yet to be released by the Williamson County Association of Realtors, but I have pulled sales records from MLS and can tell you where things stand:

UPDATE BASED ON READER QUESTION: Inventory is not the problem here. According to the Williamson County Association of Realtors:

I combed through MLS and reviewed all of the Nolensville (Williamson Co.) RE-SALE activity (excluding new construction) in the 2nd quarter of 2017 and found the following:

Bent Creek, alone, made up a quarter of those price-reductions. The neighborhood struggled through the second quarter with underwhelming sales.

Just look at that figure. Bent Creek sold fewer homes in the 2nd quarter of 2017 than it did just in the month of April 2016.

I noted, above, that I have spoken with buyers opting to not come to Nolensville and instead look at less expensive options elsewhere. I believe that has been one hurdle for resales. There’s another hurdle – new construction.

Through the end of the 2nd quarter 2017, there were 237 single-family home sales in Nolensville (Williamson Co.). Of those, 144 of them (61%) were new construction closings. Six out of ten who decide to buy in Nolensville will build new.

To put it another way – there are more new construction homes (35) available today for sale under $500,000 then there are resales (29) in Nolensville (Williamson Co.).

If you want to sell your home today, getting the price right – and understanding its marketability, flaws, needed repairs/updates, and timely market analysis – are imperative.

We’re in July, and there’s now just over a month until school starts again. This is typically a busy time but the window of prime-opportunity will arguably begin closing in about 6 weeks.

Real estate sells year round, true, but buyers are out in full force right now. Get your pricing and marketing right and sell that house now!

I’m available for a no-obligation, home-sale consultation if you’re interested in learning more.

It’s been a while since we’ve seen something like this in Nolensville – an entire quarter of sales that lagged the prior year. 2016 was record-setting and a difficult pace to match. The silver lining is that we remain 22% above 2015’s pace, so the news is not all bad. Perhaps we’re just spoiled? From My Mortgage Insider.com: After weeks of dropping, mortgage rates finally began to turn upward once again.

Based on the size of the jump, it would not be surprising if mortgage rates continued to climb over the coming weeks.

Over the past week, mortgage rates rose to 3.96%, an increase of eight basis points (0.08%) from the previous week. It’s a large single-week increase and one of the largest in the past year.