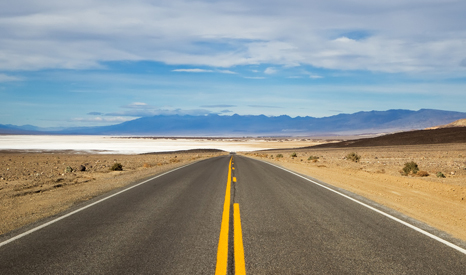 *Nolensville home sales set another record in February, despite the typical slow-down for this time of year.

The previous February sales-record was set in 2007, when 27 Nolensville (Williamson Co.) homes closed. However, there is quite a difference in the median home price between now and then:

It’s also noteworthy that 2007 was the year the Financial Crisis began. While there were a host of factors that went into creating the worst economic free fall since The Great Depression, much of it can be attributed to the real estate market, specifically:

That’s just naming a few. There were plenty of other factors at play, but the housing market was a tipping point. If you haven’t read The Big Short, or at least seen the movie, you should pick up a copy and get a quick and entertaining breakdown of what went wrong 10 years ago.

The bulk of sales last month (68%) were new construction, which is expected. The past few years we’ve been hovering around an average 60%-65% new construction tilt. Buyers are ready to begin seeing more resales, though.

There’s a bit of an unwritten rule around here that resales really get cranking after March Madness concludes. The early bird sellers already began hitting the market in February and this first week of March, but the action should really get underway in about another month.

That’s a big number – one I take seriously. I believe it also means resales will become a very important piece of the puzzle moving forward. There remains a large audience who would love to live in Nolensville, but more and more I’m hearing people say they are priced out. Resales are their best opportunity to move here and fit their budget.

Here is a breakdown of Nolensville’s single-family residential sales figures for the month of February 2017.

Nolensville Gearing Up For Another Record Year of Sales…

February is historically the slowest month of Nolensville home sales. That said, if 28 sales is the worst month we have this year… well, it’s going to be quite a year in real estate. What impact, though, will Williamson County’s new educational impact fee have? Will it – along with rising home prices and mortgage rates – put the brakes on growth? We’ll see… Year-to-date closings through February 2017 in Williamson County were 652, representing a 7.8 percent increase over the 605 closings for the same period last year. Total available residential inventory in Williamson County stood at 1,369 units at the end of February indicating a four-month supply of housing in the area. Compared to the same period last year, total available inventory is down 14.6 percent.

Mortgage Rates – Rising After the Election. From My Mortgage Insider.com: After a few weeks of breaking a historical trend, mortgage rates are heading back to toward their normal ways.

Fortunately for home buyers, this means that mortgage rates are dropping.

Over the past week, rates dropped by an average of six basis points (0.06%). This leaves the average rate at 4.10%, the lowest level since mid-January.

For the past few weeks, mortgage rates were holding relatively even. While this doesn’t seem odd, it was happening despite plenty of evidence that rates should have been lowering.

Now that rates are on their way back down, it seems that they’re getting back to their old ways. This is good news, since mortgage rates were largely unpredictable over the past few weeks.

So far, 2017 hasn’t been as bad for home buyers as it looked like it was going to be. Mortgage rates started the year high, but they’ve since dropped to much lower levels.


I’m very excited to list the remaining DAC lots in Bent Creek… and some lots in Benington. DAC also has lots in the upcoming Woods at Burberry Glen neighborhood in Nolensville. I’ll share more on that project in the coming months.

I also have a great Bent Creek listing at 3259 Locust Hollow. Check out the video, below, to learn more!